Awarded the Believe in Gloucester Regeneration Award in 2017

The Believe in Gloucester Awards aim to create a sense of community in the city by raising awareness of Gloucester’s strengths, promoting the city and building investment confidence for regeneration and tourism opportunities. The regeneration award recognises businesses, individuals and groups who have really helped develop
the city. 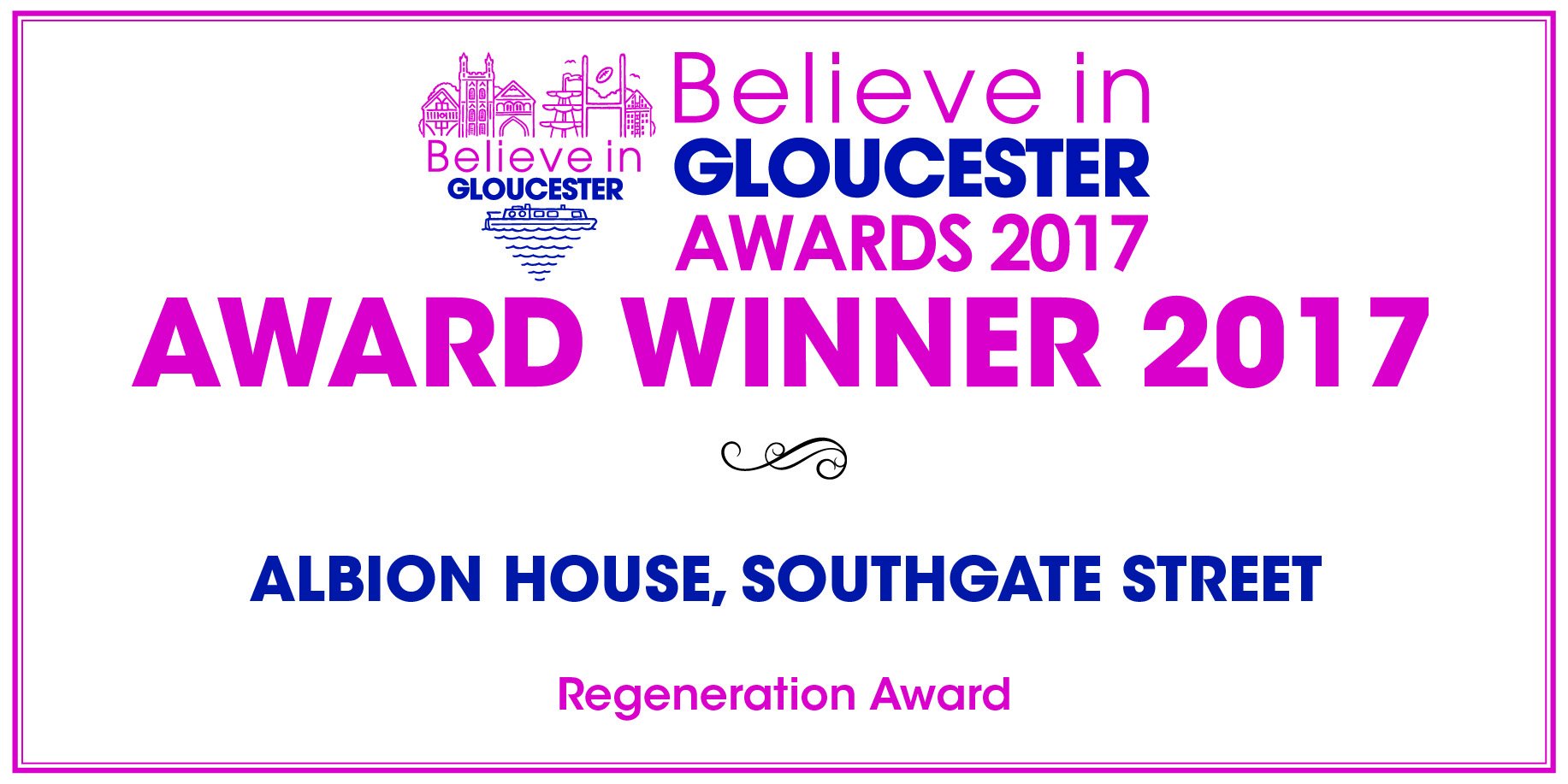 Albion House on Southgate Street had long been on the council’s regeneration hit list having been empty for 15 years. As a prominent Grade II Listed building and, given its long term vacancy and poor state of repair, it was considered a high priority building on the Council’s Buildings at Risk register.

The regeneration award recognised the transformation of Albion House into 9 well designed and sympathetically restored apartments.