The Cheltenham Civic Awards is aimed at recognising and acknowledging good architecture and sympathetic restoration of historic buildings. Run by the Cheltenham Civic Society on behalf of the Borough Council it is held every two years for the encouragement of standards of excellence in the restoration of historic buildings and other works in the field of improvement to Cheltenham’s build environment. 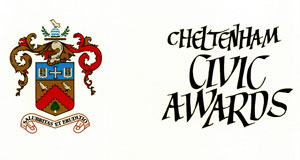 Dating back to the early 1800’s the Axiom in Winchcombe Street was originally built as stables and was subsequently used by corn and feed merchants. In the late 1970’s it became a live music and arts centre until 2000 when it was closed, left derelict and gradually the building fell into disrepair.

The £1.5m restoration took just ten months to complete and resulted in a unique development offering an exclusive mix of nineteen individual and beautifully designed one and two bedroom apartments and one retail unit within a carefully and sympathetically restored building.